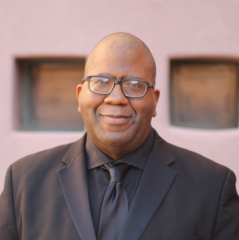 An advocate of new Music, Duncan conducted the University of Arkansas New Music Ensemble. Duncan is actively involved in the commissioning of new works and performing works of the cutting edge of contemporary concert music.

Duncan taught in the public schools of Lansing Michigan for seven years where he taught middle school band, music appreciation and elementary general music. Duncan served as the music director and conductor of the Flint Youth Wind Ensemble, one of several youth ensembles in the Flint School of Performing Arts.

Duncan received a bachelor of music degree from the University of Michigan where he had a dual emphasis in clarinet performance and music education. He is a member of Phi Mu Alpha Sinfonia Fraternity and the College Band Directors National Association. He holds honorary memberships in Kappa Kappa Psi and Tau Beta Sigma.