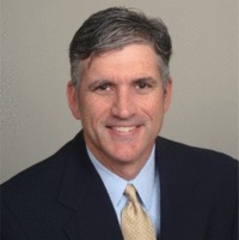 Rob Yowell has been involved in the sports marketing business for over 25 years and experienced a wide range of success in the industry with sports franchises, venues, agencies and sports properties. He has led Gemini Sports as an independent consultant and sales agency to major brands and sports properties since founding the firm 2002. Yowell has also held internal roles with WPP/IEG, where he led the sales and marketing for firm's sponsorship services to clients in the sports and entertainment sector and The Bonham Group as Vice President of Sponsorship Sales, where he led the Denver-based firm’s sponsorship sales and naming rights division. During his career, he brokered and negotiated naming rights deals for TD Ameritrade Park Omaha (new home of the College World Series in 2011), the Anaheim Ducks (Honda Center), Golden State Warriors (ORACLE Arena), Colorado Rapids (Dick’s Sporting Goods Park) and University of Miami (FL) (BankUnited Center). Prior to launching Gemini, Mr. Yowell served in senior executive roles with Fotoball USA, Anschutz Entertainment Group /Envision and Streetball Partners. He has extensive relationships at the corporate, professional league, collegiate and major sports property levels. During his career, Mr. Yowell has been responsible for negotiating more than $2 billion in corporate sponsorships and naming rights agreements.

Mr. Yowell is a native of Durham, N.C., and earned his undergraduate degree in English and Anthropology from Duke University, where he was a member of the nationally-ranked men’s lacrosse team, in 1988 and received his Masters in Sports Business Administration from Ohio University in 1992.