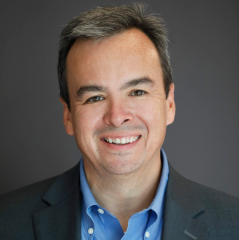 Lawrence S. Roberts joined ASU Law in 2019 as a Professor of Practice and Executive Director of the Indian Gaming and Tribal Self-Governance Program.  Mr. Roberts' professional career has focused on federal Indian law and policy.

Professor Roberts ultimately served as the Acting Assistant Secretary for Indian Affairs and led Indian Affairs for the final year of the Obama Administration.  During his tenure, Roberts oversaw all aspects of Interior's implementation of the Indian Gaming Regulatory Act. Professor Roberts further advised the Secretary of the Interior on a broad spectrum of Indian Affairs matters – from Tribal Self-Governance to education and Native Youth to Tribal reserved treaty rights. During the Obama Administration, Indian Affairs restored over 500,000 acres of homelands to Tribal Nations, including homelands in Alaska; implemented the HEARTH Act to promote tribal sovereign authority over the leasing of tribal lands; revised regulations to advance tribal self-governance and self-determination in the areas of the Indian Child Welfare Act, land into trust, the granting of rights-of-way across Indian lands; the leasing of Indian lands; and reorganized the Bureau of Indian Education.

Mr. Roberts is a citizen of the Oneida Nation of Wisconsin.

Deputy Assistant Secretary for Policy and Economic Development, Dept. of the Interior