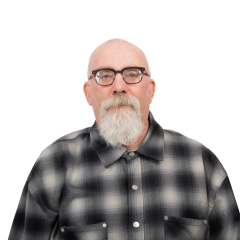 PETER MURRIETA, the recipient of the Imagen Foundation’s Norman Lear Writer’s Award and Director In Residence at the Sidney Poitier New American Film School, is a multiple Emmy-Winner known for award-winning series like Netflix’s "Mr. Iglesias" and Disney’s "Wizards of Waverly Place," which notably launched the career of global superstar, Selena Gomez.

Over the last two decades, Peter has produced over 300 hours of television, including hit shows “One Day At A Time,” (Netflix), “Lopez” (TV Land), “Superior Dougnuts” (CBS) and “Cristela” (ABC). His extensive experience and commitment to creating shows that serve as star vehicles for LatinX actors that also achieve mainstream success, is second to none in the industry. Peter, who's Mexican-American, created the acclaimed WB series, “Greetings from Tuscon,” a groundbreaking series that was one of the first ever to feature a diverse, bi-racial family, set in Peter's native Arizona.

More than any other producer in Hollywood, Peter has developed projects that have contributed to the careers of the industry’s biggest Latino stars, including Selena Gomez, George Lopez, Gabriel “Fluffy” Iglesias, Cristela Alonzo, Mario Lopez, Justina Machado and the legendary, Lupe Ontiveros, among others.

Peter currently has a first-look deal with Universal and is developing an adaptation of the novel ‘Blood and Gold: The Legend of Joaquin Murrieta,” which he co-wrote with the novelist, Jeffrey J. Marriote.