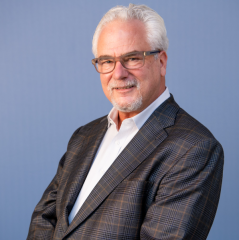 Michael Selmi joined the faculty as a Foundation Professor of Law in 2020. He was previously the Samuel Tyler Research Professor at George Washington University Law School where he taught for more than twenty years, and has also taught at The University of North Carolina, Boston University and Harvard Law School. He teaches and writes in the areas of employment discrimination, employment law and civil rights. He is the coauthor of three casebooks and has published more than 50 articles, including in the Cornell Law Review, Georgetown Law Journal, Stanford Law Review, UCLA Law Review, Wisconsin Law Review among others.  He scholarship has been widely cited, and he is also a frequent commentator for media outlets such as the New York Times, Washington Post, Wall Street Journal, Law360, NPR and Bloomberg Radio.  He has also worked on a number of Supreme Court cases.

Prior to entering academia, Professor Selmi served as a law clerk to Judge James R. Browning who was then the Chief Judge of the Ninth Circuit Court of Appeals and litigated employment discrimination cases at the Lawyers' Committee for Civil Rights in Washington D.C. and in the Civil Rights Division of the United States Department of Justice.  He is a graduate of Harvard Law School and Stanford University.