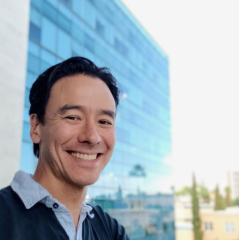 Peter Kung is an associate professor of philosophy in the School of History, Philosophy, and Religious Studies. Kung's principal area of interest is in the imagination, and in particular how imagination can confer justification or knowledge, and how imagination figures in the methodology of philosophy. He has co-edited a volume on imagination, with Amy Kind, "Knowledge Through Imagination" (Oxford University Press, 2016).

He also has research interests in epistemology, where he is interested in the foundations of justification and, more recently in the interaction between rationality and bias. Prior to coming to ASU, Peter taught at Pomona College and the University of Denver.