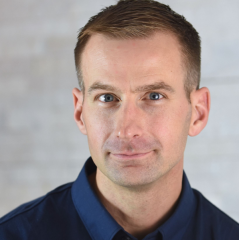 Lieutenant Colonel ML (Matt) Cavanaugh, PhD, is an active duty US Army Strategist with experience in 11 countries and assignments ranging from Iraq to the Pentagon and Korea to New Zealand. He is a co-founder of and a Non-Resident Fellow with the Modern War Institute at West Point, has been the youngest recipient of the Army Strategist Association’s professional award – the Order of Saint Gabriel the Archangel (2015), in addition to earning West Point’s faculty-wide Apgar Award for Excellence in Teaching (2014), and being named the US Army’s Athlete of the Year (2009). Matt served on the Wounded Warrior Project’s Advisory Council from 2014 to 2016, was a Term Member with the Council on Foreign Relations from 2014 to 2018, and is a co-founder of the Military Writers Guild. His writing has been featured in the New York Times, the Washington Post, the Wall Street Journal, the Los Angeles Times, USA Today, the Chicago Tribune, and at ForeignPolicy.com and The Daily Beast, among others. Matt earned his Master’s in Strategic Studies at Victoria University in Wellington, New Zealand, and his PhD in Politics under Professors Colin Gray and Beatrice Heuser at the University of Reading (UK) for a dissertation on American  military supreme command.