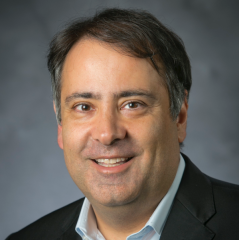 Alex Dehgan is the CEO and co-founder of Conservation X Labs, an innovation and technology startup focused on ending the sixth mass extinction.  Under Alex’s leadership, Conservation X Labs has spun off or built new companies and technologies, launched the first set of Grand Challenges for Conservation on aquaculture, artisanal scale mining, cooling technology, microfibers, and fungal pathogens, developed the first mass collaboration & engineering platform for new sustainability solutions, and ran the first conservation technology accelerator that helped attract millions of dollars of investment into the cohort.  Alex is also a Professor of Sustainability at Arizona State University, and the Chanler Innovator at Duke University, and he teaches “Hacking Conservation & Development.”

Dr. Alex Dehgan recently served as the Chief Scientist at the U.S. Agency for International Development, with rank of Assistant Administrator.  He founded and headed the Office of Science and Technology, and created the vision for and helped launch the Global Development Lab, the Agency’s DARPA for Development.  As the Agency’s first chief scientist in two decades, Dr. Dehgan implemented the President Obama’s promise to restore science to its rightful place within USAID. Alex was the architect of a number of new Agency institutions, including the Grand Challenges for Development program, Agency partnerships with universities (HESN) and federal science agencies (PEER), the independent office of science and technology (OST), the position of the Agency geographer and the GeoCenter, and data for development programs, and the Global Development Lab.  In less than four years, Alex built OST from scratch to an 80-person office, a $100 M dollar research program, and leveraged or raised $500 million dollars from other donors and partners.  Alex was also part of the founding team for the Policy, Planning, & Learning Bureau (PPL). Alex rebuilt technical capabilities in the Agency by putting scientists, physicians, and engineers directly into USAID missions & bureaus, and led efforts for the Agency’s research policy, its biodiversity policy, and its first-ever scientific integrity policy.

Prior to coming to USAID, Alex worked in multiple positions at the Department of State, including the Policy Planning Staff, the Office of the Secretary, the Office of the Science Adviser (STAS), and the Bureau of Near Eastern Affairs, and the Coalition Provisional Authority in Iraq.  At State, Alex developed political and science diplomacy strategies towards addressing our most challenging foreign policy issues in Iran, Iraq, and the greater Islamic world, including helping initiating the Obama Administration’s diplomatic efforts with Iran through science diplomacy working with Amb. Dennis Ross, and serving as a liaison to the late Amb. Richard Holbrooke.

Alex Dehgan was also the founding Afghanistan Country Director for the Wildlife Conservation Society’s Afghanistan Biodiversity Conservation Program.  Through his leadership, WCS led efforts to create Afghanistan’s first national park, conducted the first comprehensive biological surveys of the country in 30 years, helped develop Afghanistan’s biodiversity conservation laws and policies, and curtailed illegal wildlife trade on US and ISAF military bases.  Alex the author of the book,The Snow Leopard Project (Hachette: Public Affairs Imprint), describing this effort, which was selected by the journal Nature’s book editor as one of the top five science books of 2019.

Dr. Dehgan holds a Ph.D and M.Sc. from The University of Chicago’s Committee on Evolutionary Biology.  He also holds a J.D. from the University of California, Hastings, and a B.S. from Duke University.  He was chosen as an “Icon of Science” by Seed Magazine in 2005, received the World Technology Award for Policy in 2011, and has been recognized through multiple awards from the Departments of State and Defense, and USAID.  In 2013, AAAS selected Alex as one of its 40@40 fellows out of 2,600 AAAS Science Policy Fellows as “an individual who has made exemplary dedication to applying science to serve society.”  In 2020, the University of Chicago’s Medical and Biological Alumni Association’s gave Alex their Distinguished Alumni Award, its highest honor.