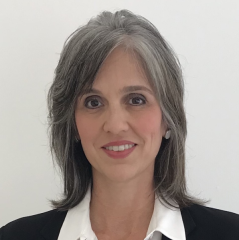 Olga Viso is Senior Advisor for Global Partnerships in the Arts at Arizona State University's Herberger Institute for Design and the Arts.  At ASU she is part of a leadership team developing an unprecedented partnership with visual artist James Turrell's Skystone Foundation to complete the monumental earth work Roden Crater in Northern Arizona.  The project seeks to develop an interdisciplinary academic enterprise with the art work at the center and bring this singular art work to a broader public.  At ASU she also advises the ASU Art Museun and collaborates with the Los Angeles County Museum of Art on a partnership to culturally diversify the museum field.

Previously, Viso was executive director of the contemporary multidisciplinary art center, the Walker Art Center in Minneapolis, Minnesota from 2007-2017. She was director and curator at the Smithsonian's Hirshhorn Museum and Sculpture Garden between 1995 and 2007 and held curatorial positions at the Norton Museum of Art in West Palm Beach, Florida and the High Museum of Art in Atlanta.  As a scholar of contemporary and Latin American Art, she has organized numerous solo and group exhibitions that have toured internationally, including major solo projects with Robert Gober, the Guerrilla Girls, Jim Hodges, Lee Kit, Guillermo Kuitca, Ana Mendieta, and Juan Muñoz.

Viso received her undergraduate degree from Rollins College and an MA in the history of art from Emory University, Atlanta.  In 2013, she was appointed by President Obama to the National Council on the Arts.  She has served on the Boards of the Association of Art Museum Directors and the Warhol Foundation for the Visual Arts.  Viso was a Fellow in Residence at the Andrew W. Mellon Foundation in New York in 2019 and has a three-year appointment as a Visiting Scholar at the Smithsonian Institution's Hirshhorn Museum through 2021.