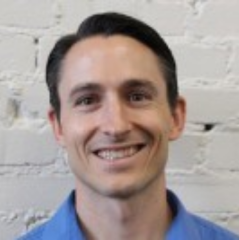 Adam Seagrave (Ph.D., University of Notre Dame) is Associate Director and Associate Professor in the School of Civic and Economic Thought and Leadership, as well as Associate Director of the Center for Political Thought and Leadership, at Arizona State University. His research focuses on the central ideas of the American political tradition, both in the American context itself as well as its antecedents in the history of political thought. His first book, The Foundations of Natural Morality: On the Compatibility of Natural Rights and the Natural Law, was published by the University of Chicago Press in 2014. He has also published Liberty and Equality: The American Conversation (University Press of Kansas, 2015) and The Accessible Federalist (Hackett Publishing Co., 2017). In addition to his teaching and research, Dr. Seagrave is co-founder and co-director of the Race and the American Story project, and serves as Senior Fellow for Education with the Foundation Against Intolerance and Racism (FAIR).