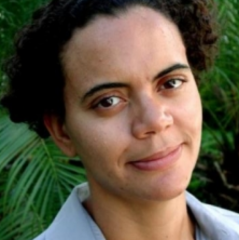 Candace Rondeaux is a professor of practice at the School of Politics and Global Studies and a senior fellow with the Center on the Future of War at Arizona State University. A veteran analyst of the conflict in South Asia and expert on U.S. and international security affairs, she has served as a strategic advisor to the U.S. Special Inspector General for Afghanistan Reconstruction and senior program officer at U.S. Institute of Peace where she launched the RESOLVE Network, a global research consortium on violent extremism. An expert on security sector reform, governance, and electoral politics in conflict settings, she spent five years living and working in South Asia where she served as South Asia bureau chief for The Washington Post and as senior analyst on Afghanistan for the International Crisis Group. Her research interests include the dynamics of sectarian violence, governance and political Islam in modern Muslim majority states, Soviet and post-Soviet affairs and post-conflict reconstruction.

Rondeaux's work has been regularly featured in Foreign Policy, Foreign Affairs, the International Herald Tribune and the Boston Globe. She has also been a frequent guest analyst on CNN, Al-Jazeera, BBC World and National Public Radio. Prior to her postings in South Asia, she worked as a journalist for several leading newspapers in the United States, producing award-winning work on criminal justice and legal affairs issues for the Post, The St. Petersburg Times in Florida and covering terrorism and criminal justice issues for the investigative team at the New York Daily News following the 9/11 attacks. A graduate of Sarah Lawrence College, she holds a bachelor's in Russian area studies, master's in journalism from New York University, and a master's in public policy from the Woodrow Wilson School of Public and International Affairs at Princeton University.