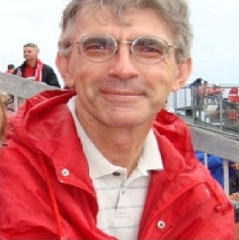 Peter McNamara’s research and teaching focuses on American political thought, Early Modern political thought, and political economy. He is the author of "Political Economy and Statesmanship: Smith, Hamilton and the Foundation of the Commercial Republic" and the editor of "The Noblest Minds: Fame, Honor and the American Founding," and (with Louis Hunt), "Liberalism, Conservatism and Hayek's Idea of Spontaneous Order." He has written on a wide variety of other topics including Hayek’s moral theory, political opportunism, Jefferson’s federalism, and the intellectual origins of business schools. He has taught at Utah State University, Boston College, and Clemson University, where he was a Hayek Visiting Scholar. He has also worked as a research officer for the Australian Treasury. He has a Bachelor of Economics (with First Class Honors) from the University of Queensland in Brisbane, Australia, and a doctorate in political science from Boston College.