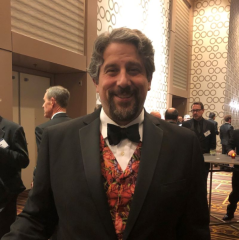 Anthony J. Lamanna is a member of the American Concrete Institute Contractor Liason Committee (CLC) and committees 355 Anchorage to Concrete and C601J Adhesive Anchor Installation Inspector. He is also on Subcommittee B of Committee 318 Building Code Requirements for Structural Concrete.  He was the editor for the 4th edition of the Contractor’s Guide to Quality Concrete Construction, and is the coordinator for the ACI Concrete Construction Student Competition.

In 2013, he accepted an academic position at Eastern Kentucky University, where he taught courses in the construction management program.  He also led the program through the transition to a student learning outcome based accreditation standard, as well as led them through a successful reaccreditation.

Group Study Exchange, April to May 2008, Rotary District 6840 – Vocational exchange to Zeeland and Brabant in the Netherlands to study flood control

Thomas Fitch Rowland Prize for best paper in 2002 from ASCE