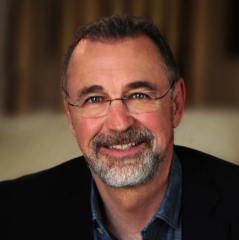 Rep. Matt Salmon, who represented the 5th District of Arizona for five terms in Washington, joined Arizona State University as Vice President of Government Affairs in 2017.  Salmon oversees the university’s Federal, State, Community, Tribal, Mexico and Cultural relations, putting his years of experience as a state and federal lawmaker to work on behalf of an institution that is committed to the economic, social and cultural health of the communities that it serves.

Salmon attended public school in Mesa, Arizona and graduated from ASU in 1981 with a bachelor’s degree in English literature and holds a Master of Public Administration graduate degree from Brigham Young University.

He spent 13 years in the telecommunications industry in Arizona, before being elected to the Arizona State Senate, where he rose to assistant majority leader and chairman of the Rules Committee before his election to Congress in 1994. Salmon served three terms before honoring a self-imposed term limit, leaving Congress in 2000, at which time he worked as a consultant to ASU on matters related to education policy. He returned to Congress in 2012 and was re-elected in 2014. Salmon was a member of the House Committee on Foreign Affairs and speaks fluent Mandarin. Salmon has served as chairman of the Subcommittee on the Western Hemisphere and as chairman of the Subcommittee on Asia and the Pacific, and he has led numerous delegations to China.

At ASU, Salmon assists the university in advancing its global strategy, including working with the governments of other countries to advance international projects.

He and his wife, Nancy, have been married for 42 years and are the proud parents of four children and the proud grandparents of nine grandchildren.