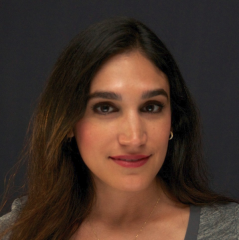 Desiree Prieto Groft teaches writing and literature in the School of Humanities, Arts, and Cultural Studies. Prior to teaching at Arizona State University, she also taught at Concordia University, Texas and worked at The New School. She has written for a variety of print and online publications, including the San Antonio Current, NBC Chicago, and Rome Today. Most recently, she was an editorial coordinator for the nonfiction book, VentureGirls (HarperCollins, May 2018).

Originally from San Antonio, Texas, Groft spent over a decade living and working in Rome, London, Chicago, and New York City. She is currently based in Austin, and holds an M.A. in English Literature from Texas A&M University-S.A., and an M.F.A. in Creative Writing-Nonfiction from The New School in New York City.