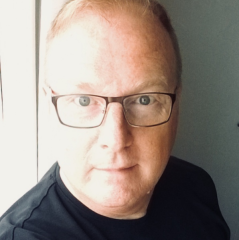 Jeffery Kennedy is an Associate Professor in the School of Humanities, Arts and Cultural Studies at Arizona State University, where he is celebrating his 20th year of teaching courses in interdisciplinary arts and performance. He served as the West campus artistic director from 2002-2006, and then again from 2012-2015, where he was the producer of the campus series of artistic and cultural events. The focus of his teaching is the building blocks of the elements and structures of art-making genres, concepts and methodology used in creating interdisciplinarity art and performance. He also teaches American theatre and music history, courses in music composition, voice for the performer, and graduate courses in interdisciplinary concepts and research methodology. As a music theatre professional, he worked on production staffs for Stephen Sondheim and James Lapine, and also has been a music director and pianist for Broadway performers that include Pamela Myers, Carol Lawrence and Jubilant Sykes. An award-winning composer, arranger and producer, he has many recordings in gospel and choral music and traveled as a pianist for the Bill Gaither Trio and Gaither Vocal Band for a number of years, also accompanying vocal artists Sandi Patty, Larnelle Harris, and Michelle Pillar. While a teaching fellow at New York University, he was the founder and producer in 1998 with Lowell Swortzell of the award-winning "New Plays for Young Audiences" reading series at the Provincetown Playhouse, which continues today. In 1997-98, he designed the Playhouse’s historical gallery and has since become a recognized scholar on the Playhouse and its history. In June 2008, he launched a research website about the Playhouse, is a past president of the Eugene O'Neill International Society, and now serves as a member of the society's board and was the chair of their 2011 international conference in New York City. He recently contributed to the centennial celebration installations of the 1913 Armory Show for the New York Historical Society, and the centennial of Eugene O'Neill's first play Bound East for Cardiff for "The Great Provincetown Summer of 1916" at the Provincetown Museum/Pilgrim Monument (curated by Sam Tager).

As a performing artist, his recent productions include Liberace! (one-man, two-act play), and End of the Rainbow (actor and pianist, character of Anthony) at Phoenix Theatre; Words and Music by Samuel Beckett and Morton Feldman (Director and performer, character of Words) for the inaugaral International Beckett Conference; five years as a music director of Phoenix Theatre’s Hormel New Works Festival; four years as the music director of the Phoenix Symphony/Phoenix Theatre concert productions of South Pacific, My Fair Lady, Oliver, and "An Evening with Rodgers and Hammerstein;" and he received the 2016 AriZoni Award as Best Music Director for the Phoenix Theatre production of The Toxic Avenger and also in 2014 for their production of Avenue Q.  He most recently was music director for the Phoenix Theatre productions of Fun Home, directed by Robert Kolby Harper, and The Scottsboro Boys, directed by Jeff Whiting.  He has conducted for Oscar-winning actor Jamie Foxx in a tribute concert to Ray Charles that featured a line-up of jazz all-stars, and directed Arizona premiere productions that have included Passing Strange by Stew and Heidi Rodewalk, Floyd Collins and Myths and Hymns: Saturn Returns by Adam Guettel; James Joyce’s The Dead; a revue of the music of John Bucchino It's Only Life; the world premiere of Daniel Lentz’s Café Desire (also performed for the Other Minds Festival in San Francisco) and the world premiere live performance of Handel’s Messiah: A Soulful Celebration at Phoenix's Orpheum Theatre. For iTheatre Collaborative, he created, directed and performed in their Holiday Cabaret for 13 years at the Herberger Theatre Center.  He is a member of the professional actor's union Actor's Equity.

Kennedy has a bachelor's degree in music from California State University, Fullerton, and a master's degree and doctorate in educational theatre from New York University. His new book Staging America: The Artistic Legacy of the Provincetown Players, an exhaustive history of the Players, will be released next year, and he has published multiple articles in the Eugene O'Neill Review, and chapters in books such as Visions of Tragedy in American Theatre (edited by David Palmer), Eugene O'Neill's One Act Plays (edited by Michael Bennett and Benjamin Carson), Eugene O'Neill and his Contemporaries: Bohemians, Radicals, Progressives, and Lefties (edited by Robert Dowling and Eileen Herrmann), Critical Insights: Eugene O'Neill (edited by Steven Bloom), and the Eugene O'Neill Companion (edited by Robert Dowling). He was awarded in 2012 the Outstanding Teacher Award-Lecturer by New College and in 2015 was given the Champion of the Arts Award by the West Valley Arts Council for his work as the West campus artistic director. He is a recent recipient of a Fulbright Scholar's Award in London at the British Library researching his next book, an interdisciplinary American theatre history text.