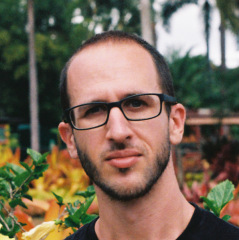 Jake Friedman currently serves as the Marketing and Outreach Specialist at the Virginia G. Piper Center for Creative Writing at Arizona State University, where he is responsible for marketing and outreach, graphic design, special projects, and other related tasks.

Jake's background is in grassroots community organizing. As the Founder, Director, and Editor-in-Chief of Four Chambers Press--an independent literary magazine and small press based in Phoenix, AZ--he has led and overseen numerous events, programs, publications, and special projects aimed to bolster the Valley's literary scene: literary salons; writing groups; readings for touring and local authors; partnerships with the Phoenix Art Museum, Welcome Hospitality Group, eye lounge contemporary art space, the University of Arizona Poetry Center, Scottsdale Public Art; and more. He has been moderating a weekly writing group with the Central Phoenix Writing Workshop (every Tuesday at Carly's Bistro on 2nd St and Roosevelt) since 2011. He served as an intern with the Arizona Commission on the Arts in 2016. Also: the selection committee to help establish the city of Phoenix's first poet laureate in 2017. All among other things. If you are particularly interested, he can send you a CV. Prior to his work with the Piper Center, he bartended and waited tables.

As a writer, Jake ends up producing poetry and experimental prose: usually with some kind of conceptual, formal, or critical bent; much of which tends to be based in research, document, artifact, and found text. While it would not serve anyone to go into great detail, some current pieces at the time of this writing include: a project on drones; a self-exam; the smell of Bradford pear trees; Lerner and Rowe on the side of the bus; and more. At one point, he was working pretty seriously on a novel-length literary reconstruction of Dennis Rodman's trips to North Korea in 2013 entitled Best Friends Forever: The Story of Dennis Rodman and Kim Jong Un, which has since stalled out. Same for an experimental prose manuscript about the service industry called The Waiter Explains. Beyond that, two artist collaborations: Rewilding, an experimental prose commentary and artist catalog on wilderness and the Anthropocene with the environmental artist Lauren Strohacker, and; Waste, an experimental poetry sequence exploring mental health, substance abuse, and family with the mixed-media and installation-based artists Denise Yaghmourian. A few features around town. A few early poems in Spilled Milk. A poem / critique of Elon Musk called "Vigil" that was selected for the 7th Avenue Streetscape project by the City of Phoenix in 2018.

Jake has also been known to serve as freelance editor, working with writers on structure, development and line prior to their submitting manuscripts for publication. Most notably: Yvette Johnson's The Song and the Silence: A Story about Family, Race, and What Was Revealed in a Small Town in the Mississippi Delta While Searching for Booker Wright (Simon and Schuster, 2017). Occasionaly he will also make presentations or speak to groups about topics of literary interest, and has also started teaching a few classes and workshops.

As the Marketing and Outreach Specialist / a general human being, Jake is always happy to answer emails, talk on the phone, or meet up for coffee to discuss potential partnerships or collaborations, help people find literary resources in their community, or even just being friends.