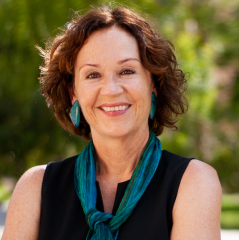 Nina Berman is the director of and a professor in the School of International Letters and Cultures at Arizona State University. Her research areas include globalization studies, humanitarianism, tourism, German orientalism and colonialism, Germans in Africa, and intercultural hermeneutics. She joined ASU in 2016.

Professor Berman's has held previous teaching appointments at The Ohio State University (2001-2016), the University of Texas at Austin (1994-2001), and a guest professorship at Georg-August Universität, Göttingen (2014).