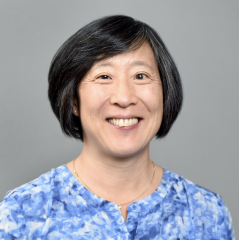 An active chamber musician in addition to orchestral performer, Buck has been a member of the Manhattan Wind Quintet and performs regularly with ASU’s Ocotillo Winds and Paradise Winds. With the Manhattan Wind Quintet, Buck has recorded on Centaur Records, and has performed on such distinguished series as the Frick Collection in Washington, D.C., the Dame Myra Hess Series in Chicago, and the Da Camera Series in Houston, TX.

Buck holds a doctorate in musical arts from Rice University and bachelor's and master's in music from The Juilliard School. She is an active and lifetime member of both the National Flute Association and the Arizona Flute Society. In her spare time, she enjoys cooking, hiking, reading, water sports and traveling.