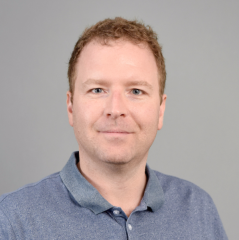 Tim Langille grew up in Edmonton, Alberta. He completed his doctorate at the University of Toronto in the Study of Religion and Jewish Studies. His research focuses on trauma, memory, and Jewish responses to catastrophe during the Second Temple period; memory and the Jewish Legion during World War I; German Christian Movement readings of the Hebrew Bible during the Third Reich. At Arizona State University, Langille primarily teaches courses on Hebrew Bible and Jewish history. Before arriving at ASU, he taught at the University of Toronto, University of Pittsburgh, and Middle Tennessee State University. He has taught courses on Jewish memory, Jewish civilization and culture, the Bible, early Judaisms, biblical Hebrew, ancient Near Eastern mythology, ancient Israel, religions of the West, the Holocaust, and methods and theory in Jewish and Holocaust studies. The past four summers Langille has participated in summer institutes and seminars at the Holocaust Education Foundation (Northwestern University), Zoryan Institute (University of Toronto), and the U.S. Holocaust Memorial Museum. These programs have focused on pedagogy in Holocaust studies, genocide studies, and Jewish studies. He currently is a co-chair of the American Academy of Religion’s Religion, Memory, History Group.