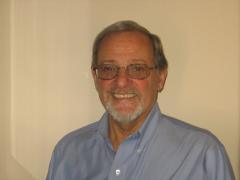 After getting his Ph.D. in Social Psychology at the University of Michigan in 1971, Dr. Braver has been on the faculty in the Psychology Department at Arizona State University for almost 30 years, advancing through the ranks to Full Professor. His of teaching is primarily in the areas of research methods and statistics. He also does research on this topic, attempting to expand the methodological and statistical approaches within the social sciences generally, and, more specifically, in the field of prevention science. His primary research interest over the last 15 years or so, in connection with Prevention Research Center, has taken him to explore the dynamics of divorcing families, studying approaches to improve the well-being of family members after divorce. A special emphasis is dealing with the issues facing divorced fathers as they struggle to maintain their parenting roles after divorce.

To support this work, Braver has been the recipient of 15 competitively reviewed, primarily federal, research grants, totaling almost $13 million. His work has been published in over 60 peer-reviewed professional articles and chapters, and most recently in the acclaimed 1998 book Divorced dads: Shattering the myths (Tarcher/Penguin-Putnam). This book was a report of his ground-breaking work leading the largest federally-supported research project ever conducted on divorced fathers. As perhaps the leading expert in the country on the dynamics of fathering after divorce, he is in demand as a consultant to such entities as President Clinton's National Fatherhood Initiative, the National Commission for Child and Family Welfare, and the State of Arizona's Domestic Relations Reform Subcommittee, and as a speaker and presenter, having delivered over 100 presentations. He has been quoted in numerous news media discussions, including U.S. News and World Report, Kiplinger's, Redbook, the Wall Street Journal and was featured in a segment on January 7, 2000 of ABC News' 20/20.

Dr. Braver has two primary research interests. First, he studies the psychology, social psychology and economics of the family, especially after divorce. A special emphasis is understanding the dynamics and effects of fathers in families (See Dads for Life , Parents and Youth Study). Second, he is interested in expanding the methodological and statistical approaches within the social sciences generally, and the field of prevention science specifically.