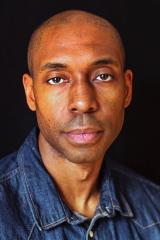 Professor Shabazz's scholarship has appeared in the journals Souls, The Spatial-Justice Journal, ACME, Gender, Place and Culture, Cultural Geography, Occasions, and Places. In addtion, Shabazz has also published several book chapters and book reviews. Professor Shabazz’s scholarship is also public facing. He has also appeared on local, national, and international news programs such as the BBC, Time Magazine, and 20/20. He is currently working on a book that uncovers the development of the Minneapolis music scene from its beginning in the mid-19th century to the release of Prince's magnum opus, Sign O' The Times, in 1987.