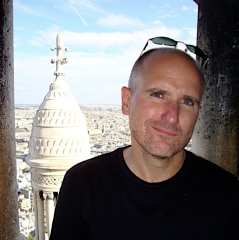 Stephen A. Toth is Professor of Modern European history at Arizona State University. His first book, Beyond Papillon: The French Overseas Penal Colonies, was published by the University of Nebraska Press in 2006. A revised and expanded French translation entitled Bagne: Guyane, Nouvelle-Calédonie, 1854-1952 was published by Gaussen in 2011. His second book entitled Mettray: A History of France’s Most Venerated Carceral Institution was published by Cornell University Press in 2019.

Toth's research has also appeared in numerous international journals, including: Journal of the History of Childhood and Youth, Journal of Historical Sociology, History of Human Sciences, Journal of European Studies, Nineteenth-Century Contexts, and Crime, Histoire & Sociétés. He has also been the recipient of research grants from the National Endowment for the Humanities and the American Philosophical Society.

Toth has worked as a consultant to the Australian government on its written application for the inclusion of its convict sites on the UNESCO World Heritage List (sites of cultural and natural heritage which have outstanding universal value) and appeared as an expert commentator in a National Geographic-Asia documentary on the history of Vietnam’s Con Dao island prison system.

At the West campus, Toth teaches courses including Western Civilization, Total War & Crisis of Modernity, Fascism in Europe, and History of Genocide.