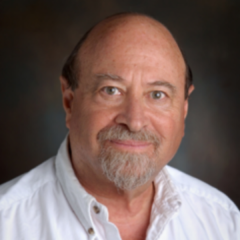 David Berliner is a Regents Professor Emeritus in the Mary Lou Fulton Teachers College in the division of educational leadership and policy studies. He has taught at the universities of Arizona and Massachusetts, and Stanford University, as well as at universities in Australia, the Netherlands, Spain, and Switzerland. Professor Berliner is a member of the National Academy of Education, a fellow of the Center for Advanced Study in the Behavioral Sciences, and a past president of both the American Educational Research Association (AERA) and the Division of Educational Psychology of the American Psychological Association (APA). He is the recipient of awards for distinguished contributions from APA, AERA, and the National Education Association (NEA). He received the AERA's Outstanding Public Communication of Education Research Award in 2016.

Professor Berliner has authored more than 200 published articles, technical reports, and book chapters.  Among his well-recognized works is the best seller "The manufactured crisis,"  coauthored (with B. J. Biddle). He was also of the coauthor (with Ursula Casanova) of "Putting research to work," and coauthor (with N. L. Gage) of the textbook "Educational psychology," now in its 6th edition. He is coeditor of the first "Handbook of educational psychology" and the books "Talks to teachers, and Perspectives on instructional time." His book, "Collateral damage" (with Sharon Nichols) is about the corruption of professional educators through high-stakes testing. His most recent book, "50 Myths and Lies that Threaten American's Public Schools," was co-authored with Gene V. Glass and students in 2014.