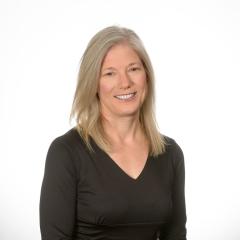 She is the author or editor of nine books on literature by women, a Guggenheim Fellow, and an NEH Public Scholar. Her book, The Making of Jane Austen (Johns Hopkins University Press, 2017), was named a Publishers Weekly Best Summer Book (Nonfiction). Her most recent book is The Daily Jane Austen: A Year of Quotes (University of Chicago Press, 2019).

Looser’s essays have appeared in The New York Times, The Atlantic, Salon, Slate, and the TLS. She writes regularly on professional issues for The Chronicle of Higher Education. She's been interviewed about Jane Austen on CNN and has been a quoted authority in the New York Times, USA Today, and the Wall Street Journal.

She teaches ASU undergraduate and graduate courses (in person and online) in eighteenth- and nineteenth-century British literature, women’s writings, and Jane Austen and has led the department's workshop on academic job market preparation for humanities PhD studentss. She's played roller derby as Stone Cold Jane Austen and serves as faculty adviser to the ASU Derby Devils.

Looser's areas of expertise include women's writings, British literature, Jane Austen, the history of the novel, feminist studies, age and aging studies, historiography, and women in sport. She is also faculty adviser to the ASU Derby Devils, the co-ed collegiate roller derby team.