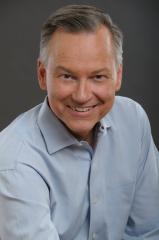 Professor Bailey holds a bachelor's of music education degree from Iowa State University, a master's of music in trumpet performance from the University of Michigan, and a doctorate of musical arts in instrumental conducting from the University of Colorado. Bailey is the author of five widely used music textbooks, including "In Performance," "Conducting; the Art of Communication," "Aural Skills for Conductors," "Teaching Brass; a Resource Manual"and "Complete Marching Band Resource Manual." He has published articles in The Instrumentalist, BD Guide, BandWorld, Today's Music Educator, The Canadian Band Journal and the Journal  of the Associaiton of Concert Bands as well as a number of band and brass arrangements.

Ensembles under Bailey's direction have performed at the College Band Directors National Association conference, the International Community Band festival in Switzerland, the All-Japan Band Directors Clinic, at nationally televised bowl games, and throughout the nation. He has conducted recordings of ensembles in the U.S. and throughout Europe. Former students hold numerous conducting and administrative positions at colleges and universities throughout the United States.

A well-respected music administrator, Bailey has served as chairman of the Committee on Ethics and as a member of the national Commission on Accreditation for the National Association of Schools of Music (NASM). He has served as an external evaluator of music programs for NASM. Bailey is an expert on curricular structure and innovation for music schools and has served as a consultant to universities across the nation.