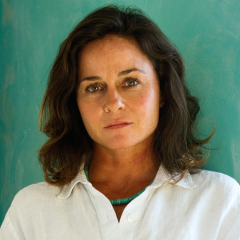 Michelle ‘Mick’ Beyers received her master's degree in social work from the Arizona State University School of Social Work's Tucson campus in 2002.  She went to Seattle to pursue a doctorate at the University of Washington School of Social Work.  Mick moved to Belfast, Ireland to conduct fieldwork for her doctoral thesis, which analyzed the political culture of volunteers in the Irish Republican Army, and completed her degree in 2007.  Concurrently for the past 15 years she has worked on social justice issues in Northern Ireland, a society emerging from three decades of deeply protracted political conflict.  Her work has focused mainly on transitional justice issues including advocacy for former political prisoners and victims and survivors of the conflict as well as dealing with the legacy of the past including extrajudicial killings and torture.  Mick has worked exclusively in disenfranchised communities with marginalized populations including former political prisoners both republican (guerrillas) and loyalist (paramilitaries), individuals bereaved and injured by the conflict, immigrants and refugees, and individuals coping with homelessness.   At the Committee on the Administration of Justice, she worked on policing and human rights, monitoring compliance with the terms of the Peace Agreement with a particular focus on accountability, covert policing, and police use of 'emergency' powers.

On the ground, Mick has used a variety of tactics to promote social and political change, engaging extensively in advocacy, research and policy development, grant writing, campaigning and grassroots activism.  Most recently, she founded a not-for-profit charitable body that promotes social justice and welfare through community-based research and informed action.  During this period, she also worked on Amnesty International’s 'My Body My Rights' campaign to promote and protect the sexual and reproductive rights of women and girls.  This was exciting work as Northern Ireland has some of the most punitive and restrictive abortion legislation in Europe.

Mick is honored to be teaching at the School of Social Work.  She hopes that her research and work history provides an example of the potential for social work scholars to contribute to change at the macro-social level by engaging deeply and directly with the seemingly intractable real-world problem of political conflict.

Prior to returning to Tucson my research has focused on a variety of social justice issues to protect human rights and promote a durable peace in Northern Ireland, a society emerging from three decades of guerrilla conflict.  Specifically I researched transitional justice issues related to combatants including former political prisoners (both state and anti-state agents), individuals bereaved and injured by the conflict, extrajudicial killings and torture, and state accountability including covert policing.  Currently I am interested in working with combat veterans who are transitioning to civilian life and developing alternative interventions to address and resolve issues attached to this realm of experience.