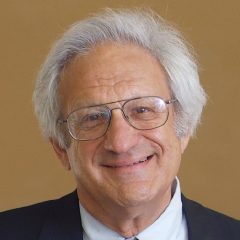 Paul Bender is professor of law and dean emeritus for the Sandra Day O'Connor College of Law. He teaches courses on U.S. and Arizona constitutional law. He has written extensively about constitutional law, intellectual property and Indian law, and is coauthor of the two-volume casebook/treatise, Political and Civil Rights in the United States. Professor Bender has argued more than 20 cases before the U.S. Supreme Court, and actively participates in constitutional litigation in federal and state courts.

Professor Bender served as dean of the College of Law from 1984-1989, during which time he was instrumental in starting its Indian Legal Program. Prior to joining the College faculty, he was law clerk to 2nd U.S. Circuit Court of Appeals Judge Learned Hand and to U.S. Supreme Court Justice Felix Frankfurter, and spent 24 years as a faculty member at the University of Pennsylvania Law School. Professor Bender served as Principal Deputy Solicitor General of the United States from 1993-1997, with responsibility for Supreme Court and federal appellate litigation in the areas of civil rights, race and sex discrimination, freedom of speech and religion, and tort claims against the federal government.

Professor Bender has served as a member of the Hopi Tribe’s Court of Appeals, and is currently Chief Justice of the Fort McDowell Nation Supreme Court, and the San Carlos Apache Court of Appeals.