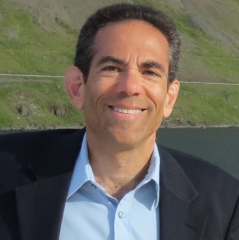 Dan Fellner is a seven-time Fulbright fellow who has more than 35 years of experience in corporate public relations, television news, travel writing and university teaching in the United States, Eastern Europe and Southeast Asia.

He began his career as a television news and sports reporter at stations in four different American cities.  He later spent 10 years in corporate public relations with the Dow Chemical Company, where he held a wide variety of positions, including manager of news media relations.

Fellner is a three-time Fulbright Scholar (Latvia, Moldova and Bulgaria) and four-time Fulbright Senior Specialist (North Macedonia, Lithuania, Latvia and Indonesia).  During his Fulbright grants, he has taught courses in journalism, public relations and intercultural communications at eight foreign universities.  He also has taught one-week intensive courses in communications four times at the Fulbright International Summer Institute (FISI) in Bulgaria.  In June 2019, he was named for the fifth time to the speakers' bureau (AZ Speaks) of the Arizona Humanities Council and gives presentations about foreign travel destinations to audiences throughout Arizona.

In addition to his teaching responsibilities, Fellner is a freelance travel writer for American newspapers and magazines. He has visited over 120 countries, all 50 U.S. states, and had more than 100 articles published on such diverse destinations as Greenland, Swaziland, Moorea, Nicaragua, Myanmar, Kosovo, Tunisia, New Zealand, Dubai, Ecuador, Taiwan and India.  His work has appeared in such publications as USA Today, The Washington Post and The Arizona Republic.  In 2017 Fellner was named to the Society of American Travel Writers and in 2020 to the American Society of Journalists and Authors.  All of his published work can be viewed at www.Global-Travel-Info.com.