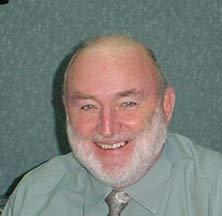 Donald K. Sharpes is a professor and associate member of the Emeritus College at Arizona State University, a senior visiting fellow at Wolfson College, Cambridge University, a former research associate at Stanford University and director in the U.S. Dept. of Education in Washington, D.C. He has taught at the universities of Maryland, Maine, Virginia, Virginia Tech, Utah State, Weber State and Arizona State University. He did postdoctoral studies at the University of Sussex, was a visiting scholar at Oxford University in 1998 to 1999, and has lived and worked in the Middle East. He has authored 21 books and more than 235 articles in the social and behavioral sciences, humanities and teacher education. He has been a foreign correspondent for the Salt Lake Tribune, and a contributor to several western newspapers. He has been published in the U.S., England, Finland, Norway, Germany (in German), India, Malaysia, China (in Chinese), Hong Kong and Denmark (in Danish). He has been awarded four Fulbright scholarships, one each to Malaysia, Cyprus, Denmark and Indonesia. He has been sponsored by the governments of Malaysia, China, South Africa, Mongolia, Kazakhstan, Uzbekistan and universities throughout the world.

His latest books are:  Handbook of International Studies in Education (editor, Information Age Publishing, 2010), The Education of Allah Warriors, The Rise of Global Islamic Militancy (Amazon Books, 2012), and Our Divided House, Anti-Government Movements and the Failure of Unification (Amazon Books, 2012)