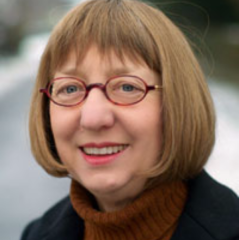 Corine Schleif's publications examine art within several contexts as she uncovers the various social functions that precipitate the making of art and the ideological manoeuvers that accompany it through its ever-changing meanings. "Donatio et Memoria: Stifter, Stiftungen und Motivationen an Beispielen aus der Lorenzkirche in Nürnberg" (Munich: Deutscher Kunstverlag, 1990) explores late-medieval art as donation, considers donors’ diverse motivations, and contours the spiritual and social economies that perpetuated the commissioning of sacred works and their maintenance. A study that provided the main text in the festschrift for Adam Kraft’s Eucharistic Tabernacle in 1996, traces the changing uses and perceptions of this monument over 500 years. She is currently completing the monograph Bending Stone: Adam Kraft and the Sculpting of Art's History. In two articles in the Art Bulletin (on stained glass designed by Albrecht Durer for Sixtus Tucher, 1987; on sculptors who portrayed themselves as Nicodemus, 1993), and another in Art History (on donor images, gestures, and placement, 1993) she further explores the self-fashionings of artists and patrons. In 2012 she theorizes liminal roles in "Kneeling at the Threshold: Donors Negotiating Realms Betwixt and Between." In two chapters in the anthology "Adam Kraft" (Germanisches Nationalmuseum: Nuremberg, 2002) and in a book chapter (“Does Religion Matter?…” 2010) she expands her considerations to audience reception of many works, focusing particularly on the original ritual contexts for public monuments and on later political uses and abuses. In “The Making and Taking of Self-Portraits…” in Tilman Riemenschneider (National Gallery, Yale Univ. Press, 2004), Schleif interrogates original purposes along with later audiences’ constructions. In 2016 she together with Volker Schier published the multidisciplinary collection of essays "Manuscripts Changing Hands" (Wiesbaden: Harrassowitz Verlag), in which scholars explored the interactions among makers and (anticipated) users at various moments in history.

Beginning in 1998, her publications turn to feminist issues, particularly the roles of artists’ wives in art’s history and historiography (“The Many Wives of Adam Kraft…,” 1998, 2003; and on the “bad” wife Agnes Frey Durer in 1999, 2000, 2002, and 2010), but also more generally in “The Roles of Women in Changing the Canon of Great Master Art History" (1999). In her fundamental study “Men on the Right – Women on the Left…” (2005) she examines the gendered placement of donors and saints. In 2012 she took up gender issues in presenting and viewing the unclothed Christ. In 2014 she addresses violent sexualities in medieval iconography.

Schleif has consistently pointed to the interplay of various media, beginning with her first articles (on pictorial and written sources promoting Saint Deocarus, 1983; on the proliferation of the Opening Madonna, 1984). Recently she has drawn attention to visual and tactile agencies (“Saint Hedwig’s Personal Ivory Madonna: Women’s Agency and the Powers of Possessing Portable Figures,” 2009). Her collaboration with Volker Schier promotes transdisciplinary approaches as “superadditive” (articles on the Holy Lance 2004, 2005, and 2009). Together they initiated the international collaborative project Opening the Geese Book, which provides a critical model for reintegrating multisensory art of the past using multimedia technologies of today in order to present it to broad audiences as well as to develop new venues for the circulation of ideas and exchange among scholars. To date the project has produced a complete web-based facsimile of the manuscript with contextualization and extensive explanations through a series of videos (http://geesebook.asu.edu), a concert, radio programs, public lectures, seminars, articles, an audio compact disc and music streaming, as well as student papers and theses. Her interests in archival sources, postmodern theory, women’s agency, cultures of gift-giving, and multisensory experience all come together in the book "Katerina’s Windows: Donation and Devotion, Art and Music, as Heard and Seen in the Writings of a Birgittine Nun," which she co-authored with Schier (Penn State 2009, four related articles published in 2003, in 2005, and 2008; and post-publication materials available at http://katerinaswindows.asu.edu). In 2019 they, together with Anne Simon, followed up with the volume Pepper for Prayer: The Correspondence of the Birgittine Nun Katerina Lemmel, 1516-1525, Edition and Translation (Stockholm: Runica et Mediaevalia).

Schleif has guest-edited two special issues: Triangulating Our Vision: Madeline Caviness’s Approach to Medieval Art Using Critical Theory and Historical Context, which in 2008 inaugurated the online journal Different Visions, and (together with R. Newhauser) Pleasure and Danger in Perception: The Five Senses in the Middle Ages and Renaissance published in 2010 in the periodical The Senses and Society.

Currently, Schleif is studying the multisensory production and the sensorial environment of late-medieval nuns. She heads the international project "Extraordinary Sensescapes," striving to produce a total-immersion virtual-reality reconstruction of a Birgittine monastery, including the performance of the office liturgy as it might have occurred in Vadstena, Sweden, 500 years ago. Scholars, performers, engineers, and web designers from eight countries are working together on this ambitious endeavor.

Schleif is active organizing conference sessions for professional organizations and serving on editorial boards, as well as review panels for granting agencies in the U.S. and Europe. She regularly participates in international study groups, delivers lectures and conference presentations in many countries, and works internationally as consultant for television documentaries.

Her projects have been generously supported by grants and fellowships from the Fulbright Commission, the Samuel H. Kress Foundation, the Getty Grant Program, the National Endowment for the Humanities, the Herzog August Bibliothek Wolfenbüttel, Deutsche Forschungsgemeinschaft, Riksbankens Jubileumsfond, Carnegie Humanities Investment Fund, and the Swedish Research Council, as well as through funding by institutional and corporate sponsors. Her teaching and research have been honored by awards and prizes from ASU. In spring 2016 she received the Berlin Prize of the American Academy as John P. Birkelund Fellow in the Humanities.