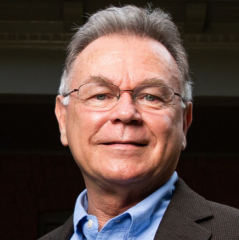 Alberto Álvaro Ríos is the author of 10 books and chapbooks of poetry, three collections of short stories, and a memoir. His books of poems include, most recently, "The Dangerous Shirt," along with "The Theater of Night," winner of the 2007 PEN/Beyond Margins Award, "The Smallest Muscle in the Human Body," finalist for the National Book Award, "Teodoro Luna's Two Kisses," "The Lime Orchard Woman," "The Warrington Poems," "Five Indiscretions," and "Whispering to Fool the Wind," which won the Walt Whitman Award. His three collections of short stories are, most recently, "The Curtain of Trees," along with "Pig Cookies" and The Iguana Killer," which won the first Western States Book Award for Fiction, judged by Robert Penn Warren. His memoir about growing up on the Mexico-Arizona border, called "Capirotada," won the Latino Literary Hall of Fame Award and was designated the OneBookArizona choice for 2009.

Ríos is the recipient of the Western Literature Association Distinguished Achievement Award, the Arizona Governor's Arts Award, fellowships from the Guggenheim Foundation and the National Endowment for the Arts, the Walt Whitman Award, the Western States Book Award for Fiction, six Pushcart Prizes in both poetry and fiction, and inclusion in The Norton Anthology of Modern Poetry, as well as over 300 other national and international literary anthologies. His work is regularly taught and translated, and has been adapted to dance and both classical and popular music.

Ríos is a Regents Professor at Arizona State University, where he has taught since 1982 and where he holds the further distinction of the Katharine C. Turner Endowed Chair in English.  In 2013, he was designated the inaugural Arizona Poet Laureate, and in 2014 was elected to the Board of Chancellors of the Academy of American Poets. He was appointed director of the Virginia G. Piper Center for Creative Writing at ASU in 2017.