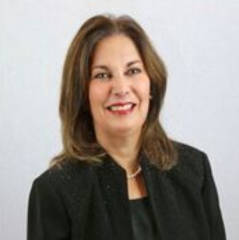 Beginning in the 1980’s, Eileen Borris had been on the frontlines of forgiveness from the personal to the political. As a political psychologist, Borris helps to rebuild war torn countries such as Liberia, Nigeria, Rwanda, Nepal, Pakistan, India, Israel and the Occupied Territories and Lebanon. Her work focuses on reconciling centuries old conflicts and finding ways to forgive. She understands the deep down psychological issues surrounding conflicts and the healing of conflicts.

Borris rebuilds countries by ending the cycles of abuse and revenge which in some cases began centuries ago. Her work focuses on trauma recovery and healing and ultimately forgiveness and reconciliation in these conflict areas. She helps people living in emerging democracies to think about how to resolve conflict and the issues needed to be grappled with in order to set up reconciliation processes such as truth and reconciliation commissions within their countries. She also designs regional and national dialogue processes which help emerging democracies heal from the wounds of the past and find the best plausible and peaceful future.

Not only does Borris go to worn torn countries, she leads the charge by training other high profile people such as diplomats, peacekeepers and humanitarian organizations. She is the director of training and program eevelopment for the Institute for Multi-Track Diplomacy whose mission is to promote a systems-based approach to international peacebuilding and to transform deep-rooted social conflict through education, conflict resolution training and communication. Borris designs and implements these programs in international peacebuilding, and conflict resolution, trauma recovery, forgiveness and reconciliation. She is also past president of Forgiveness International whose purpose is to advance individual and social transformation through the practice of forgiveness in order to create sustainable peace.

Borris is a prolific writer publishing many articles and books on the topic of forgiveness from the personal to the political. His Holiness the Dalai Lama wrote a foreword to both of her books on forgiveness. The first book, “Forgiveness the Ultimate Freedom,” has been bought in five foreign countries. “Finding Forgiveness: A 7 Step Program for Letting Go of Anger and Bitterness” her second book is a self-help book published by McGraw-Hill in October 2006. The books focus on the profound impact of forgiveness on multiple levels ranging from individual’s personal lives to the resolution of long standing international conflicts. “Finding Forgiveness” was a finalist for “Books for a Better Life Award” and the winner for “Best Books for 2007” award in the self-help category. “Finding Forgiveness” was one of the books chosen for the National Press Club 30th annual book fair, a very prestigious event. Currently  Borris is writing a book on political forgiveness "Takes Two to Tango: Steps World Leaders Follow to Resolve Conflict."

Borris is a very popular speaker on the nuances of conflict and forgiveness. By invitation at the United Nations she speaks to the members of the UN, UN agencies and to nongovernmental organizations world wide about forgiveness and reconciliation. She has shared the podium with such prominent people as Mary Robinson, former President of Ireland at the Aspen Institute and facilitated an Interfaith Dialogue with His Holiness the Dalai Lama and other prominent religious figures living in Arizona. Borris has made over 30 radio and Television appearances debunking myths about forgiveness and more recently has appeared in Real Simple and O Magazine. Borris is a spokesperson for Fetzer Institute’s Campaign for Love and Forgiveness where she speaks for Fetzer and contributes to their forgiveness blog. At these venues she has covered topics in international peacebuilding; forgiveness and reconciliation as part of her work in conflict resolution.

Borris develops her perspectives in the trenches concerning the personal side of pain by being a consultant. She has worked in Indonesia for the United States Agency for International Development (USAID) developing conflict resolution and reconciliation programs. She has consulted with the United Nations Development Fund for Women (UNIFEM) developing specialized training programs for women in peacebuilding in Tbilisi, Georgia. Most recently, Borris has been invited to propose trauma healing programs throughout Liberia through the United Nations Development Fund (UNDP). She is also available to work in organizations and the nonprofit sector in the United States to resolve disagreements and enhance work cultures. Since 1985, Borris has also worked as a clinical psychologist in private practice. Her work is based on the emotional pain associated with the betrayal of intimate relationships such as marriage and family. She conducts “Finding Forgiveness” workshops, in which people are enabled to make better decisions from the place of understanding and wisdom rather than emotional pain.

Since 1995, Borris has been asked to be involved in various academic efforts. These include teaching a new course on Conflict Management and Social Change and International Corporate Diplomacy with a focus on business and peacebuilding for Thunderbird School of Global Management. She also teaches Global Negotiation and Cross Cultural Communication at Thunderbird. In 2006, Borris began teaching a course on reconciliation at American University and at the Institute for Conflict Analysis and Resolution at George Mason University. In January 2007, Borris, along with others, was invited to teach the first conflict resolution course ever offered by the U.S. military at the National Defense University. Participants included colonels and lieutenant colonels from the U.S. and foreign military and State Department personnel. Borris was invited to deliver courses at the prestigious George C. Marshall European Center for Security Studies in Germany. Her course in conflict resolution skills was tailored to military and police officers from Kosovo and Bosnia as well as NATO personnel and covered the dynamics of violent conflict.

Borris’s leadership abilities have been recognized by her peers. In the mid-1990s, Borris was elected to the Executive Committee of the American Psychological Association Division 48– Peace Psychology and now is a former past president of the division. Before her tenure was over she received the Division Leadership and Outstanding Service award reflecting her commitment to the field of peace psychology. Borris was also elected to the American Psychological Association's Committee of International Relations in Psychology and served for three years. For the Psychologist for Social Responsibility, she was co-chair of the Trauma Resiliency and Social Reintegration Action Committee which created standards for working in the area of trauma healing. She is also a member of the International Society for Political Psychology, and the Association for Humanistic Psychology.