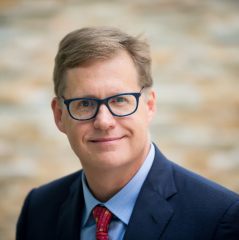 Andrés Martinez is a Special Advisor to Arizona State University President Michael Crow, a professor of practice in the Cronkite School of Journalism and Mass Communication, a Global Sport Scholar at the Global Sport Institute, and the Editorial Director of Future Tense, a Washington, D.C.-based ideas journalism partnership between ASU, Slate magazine, and New America. Martinez is focused on building media and research partnerships for ASU in both Mexico and Washington. He writes and speaks often on the future of technology, media, sport, and the US-Mexico relationship. He is currently working on a book project focused on sport and globalization. Martinez teaches courses on ideas journalism, opinion writing, and the business and politics of sport. He is a columnist for Mexico City's Reforma newspaper.

Martinez is a director of both the US-Mexico Foundation and the Arizona-Mexico Commission, and has also been the editorial director and executive editor of ASU-affiliated Zócalo Public Square in Los Angeles.  Prior to joining ASU in 2014, Martinez was vice president and director of the Fellows Program at the New America Foundation, an independent Washington think tank.  Martinez has also been the editorial page editor of The Los Angeles Times and an assistant editorial page editor at The New York Times, where he was a 2004 Pulitzer Prize finalist for a series of editorials on the impact of U.S. farm subsidies on the developing world. Martinez had earlier been a business reporter at The Wall Street Journal and at The Pittsburgh Post-Gazette (1994-95), as well as an editorial writer at the Post-Gazette (1995-97).

Before taking up journalism, Martinez practiced communications law at Verner Liipfert in Washington, D.C., and served as a law clerk for Federal District Judge Jerry Buchmeyer in Dallas. He is the co-editor of Future Tense Fiction: Stories of Tomorrow (Unnamed Press, 2019) and the author of 24/7: Living It Up and Doubling Down in the New Las Vegas (Villard Random House, 1999). A native of Mexico, Martinez earned a Bachelor of Arts degree in history at Yale, a Master of Arts degree in Russian history at Stanford University, and a Juris Doctor degree at Columbia University Law School, where he was a member of the Columbia Law Review.