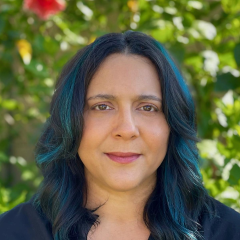 Mako Fitts Ward, PhD is an educator, writer, facilitator and social justice advocate with over 18 years of experience teaching core principles of justice and social change to college students and advocating for racial and gender equity in communities around the country. She is Assistant Professor of African American and Women and Gender Studies in the School of Social Transformation Arizona State University. She is the director of the Social Transformation Lab, a project in the Office of the President where ASU faculty partner with organizations to co-create pedagogical tools and inclusive offerings that reimagine equitable, just, intersectional and sustainable systems to deepen personal belonging and end legacies of exclusion and harm.

Dr. Ward's research examines urban cultural production and placemaking efforts that impact community building and contemporary social movement organizing. She is the co-editor of The Pandemic Reader: Exposing Social (In)justice in the Time of COVID-19 (DIO Press, 2021). Her writing has appeared in a wide range of journals, edited volumes and popular news blogs, including Huffington Post, The Conversation and Ms. She teaches courses on intersectionality, gender and hip-hop, ethnic studies, the African diaspora, social justice and women’s social movements.

"The Power of the Intersectional Protest Image," JSTOR Daily, October 3, 2020.