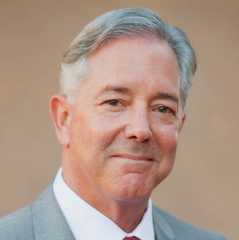 Jeff Cunningham is a professor of practice in global leadership at Thunderbird School of Global Management. He joined the faculty in 2014 after a distinguished career as a publisher and chief executive or founder of four digital media companies.

He also has served as chairman or board director of more than 10 public companies, including Schindler, Sapient, and Data General.

He is the Editor-at-Large for Chief Executive Magazine and writes regularly on global business leadership issues.

Cunningham graduated from SUNY Binghamton with honors in English and from the Finance Program at the Wharton School.