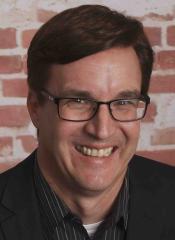 He has been a writer, director and producer on such independent film projects as The Best Movie Ever Made, Writer’s Block, Film Club, 14 Days in America, Netherbeast Incorporated, My Apocalypse, The Graves, Justice Served, Postmarked and Rhea.

As a WGA screenwriter, his work with writing partner Joe Russo has led to such industry awards as a Top Ten Finalist in the 2015 Final Draft Big Break contest with their script Road Rage, named in 2016 as one of the “Top 100 New Writers in Hollywood” by the Tracking Board, two scripts named to the annual industry Hit List, and their scripts Soul Mates, The Red Pill, and The Last Will & Testament of Charles Abernathy were named to the Industry Hit List in three consecutive years (2016-18), the only screenwriters to do that in the list’s history.

Besides their optioned scripts, their feature screenplay The Au Pair Nightmare was shot and released on the Lifetime Network in Spring 2020 and their action-thriller script Hard Kill  starring Bruce Willis will be released theatrically and VOD in late 2020. He is currenly represented by The Gersh Agency and Fictional Entity Management.

He has taught at ASU in the newly-named New American Film School since 2004, produced hundreds of marketing, educational and promotional projects through his own freelance company, wrote Great Comedy Films: or How I Learned to Stop Worrying and Love Funny Movies and loves spending time writing bios of himself.