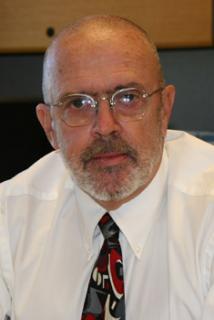 Thomas Keil was the associate dean of New College of Interdisciplinary Arts and Sciences on the West campus. Keil came to ASU in 1999 as dean of arts and sciences on the West campus. He previously served as chair of the Department of Sociology and of the Social Sciences Division at the University of Louisville, where he also held an appointment in the University's interdisciplinary PhD program in urban and public affairs.

He was a Senior Fulbright Professor at the University of Bucharest, Romania (1991-1992), where he also conducted research at the Romanian Academy's Institute for the Study of the Quality of Life and at the Center for Urban and Regional Sociology. He served as an assistant professor at Gettysburg College and as senior researcher for the Governor's Council on Drug and Alcohol Abuse, Commonwealth of Pennsylvania. He was a member for two terms of the national board of directors of the American Fulbright Association, where he chaired the association's Task Force on Eastern and Central Europe and the Newly Independent States.

Professor Keil has been a consultant to the IREX/Council of Learned Societies task force dealing with the restructuring of social science curricula in Eastern European Universities. He served on the Scientific Advisory Board of the Black Sea University, Romania. His current research involved producing a book titled "Anthracite's Demise and the Post Coal Economy of Northeastern Pennsylvania (Bethlehem PA: Lehigh University Press 2014). Thomas J Keil and Jacqueline M Keil. This is a study of economic change in Pennsylvania's former anthracite coal regions. In addition he has published: On Strike: Capital Cities and Its Wilkes-Barre Newspaaper Unions (Tuscalosa AL:University of Alabama Press 1988), which was designated an Outstanding Academic Book of the Year in 1989 by the American Library Association's Choice Magazine and Romania's Tortured Road Toward Modernity (East European Monograph Series/Distributed by Columbia University Press 2006) .

He was appointed Professor Emeritus of Sociology in 2011.