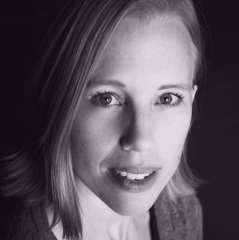 Carley Conder is the artistic director of CONDER|dance, founded in Arizona in 2003. She has concentrated her artistic efforts through creating, teaching, producing and performing in the Phoenix area and nationally. In Arizona, her choreographic work has been performed by CONDER|dance at the Herberger Theater, the Orpheum Theater, Scottsdale Center for the Performing Arts, Mesa Arts Center, Phoenix Art Museum, Artel at the Clarendon Hotel, W Hotel and Tempe Center for the Arts.  She is currently a full-time faculty member with the Herberger Institute for Design and the Arts at ASU and an adjunct faculty member at Scottsdale Community College. Carley is also invested in an ongoing project, "Flying Solo," where she commissions solo works from choreographers around the country for performance in national venues. She also is committed to bringing Ohad Naharin's movement language Gaga to Arizona, hosting an annual Gaga Workshop each summer in Tempe, Arizona. Carley has been an invited guest artist at Brigham Young University, Snow College, Ballet Yuma, University of Texas - Pan American, University of California – Santa Barbara, Dance New Amsterdam (NYC), Utah Valley University, California State University - Long Beach and the University of Utah. Carley's work has been presented by Chez Bushwick at the Center for Performance Research (Brooklyn), WestFest at the Martha Graham Studios (NYC), Wave Rising at the John Ryan Theater (Brooklyn), the Cama-i Dance Festival (Alaska) and SoloDuo Festival at Dixon Place (NYC). She received a bachelor's degree in ballet - teaching emphasis and bachelor's degree in psychology and master's degree in modern cance from the University of Utah.  She has had the pleasure of working with choreographers Steven Koester, Keith Johnson, Eric Handman, Stephanie Nugent, Charlotte Boye-Christensen, Mary Fitzgerald and Ashleigh Leite. She is a current performing member of the California-based company Keith Johnson/Dancers. She was profiled as Phoenix's 100 Creatives by the Phoenix NewTimes. Producing the company’s annual Breaking Ground Festival since 2007 to support local and international artists, Carley has been the recipient of arts grants through the City of Tempe, Arizona Commission on the Arts, Maricopa Center for Learning and Instruction, Target Arts Grants and the Consulate General of Israel.