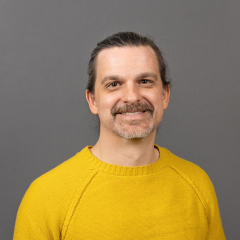 Jason Bruner is an ethnographer and historian studying Christians and Christianity in Sub-Saharan Africa, Europe, and the United States. He is especially interested in issues of conversion, lived religion, violence, and globalization.

His first book, Living Salvation in the East African Revival in Uganda (University of Rochester Press, 2017), is a cultural history of a Christian revival movement in Uganda from the early 1930s to the mid 1950s. His second monograph, Imagining Persecution: Why American Christians Believe There is a Global War Against Their Faith (Rutgers Univ. Press, forthcoming), provides a genealogy of American Christian discourses of global religious violence. It gives particular attention to the ways that religious persecution has come to frame American perceptions of Christianity worldwide. This research was supported with a project grant for researchers from the Louisville Institute.

His current work includes a co-edited book (with David Kirkpatrick) provisionally titled, Global Visions of Violence: Agency and Persecution in World Christianity. He is also co-editor (with Dima Hurlbut) of a special issue of Religions on Conversion in Africa (expected fall 2020). He has begun working on an ethnographic study of Christians in the metro-Phoenix area.

In addition to scholarly journal articles and book chapters, Dr. Bruner’s writing has appeared in publications such as the Oxford American, the Marginalia Review of Books, the Chronicle of Higher Education, Religion Dispatches, Religion & Politics, and Sacred Matters. He has published creative nonfiction pieces at River Teeth, Image Journal, and The Revealer. His photography has appeared in Breadcrumbs Magazine, Analog Cafe, and Gnu Journal. He is collaborating with David Blakeman, a photographer, for a zine on the canals and waterways in and around Phoenix.

ASU's State Press and ASU Now have published profiles on his work and teaching.

He serves as the Associate Head of Undergraduate Studies for Religious Studies.

History of World or Global Christianity

Imagining Persecution: Why American Christians believe there is a global war against their faith (under advance contract, Rutgers University Press).

Living Salvation in the East African Revival in Uganda. Studies in African History and the Diaspora (Univ. of Rochester Press, 2017).

Jason Bruner and Dima Hurlbut. “New Approaches to ‘Converts’ and ‘Conversion’ in Africa: An Introduction to the Special Issue.” Religions (forthcoming).

Jason Bruner. “Conversion and the Problem of Discontinuity in the East African Revival.” Journal of Ecclesiastical History (2018).

Jason Bruner. “‘What is a European hospital but a pagan shrine?’ Missionaries, Progress, and the Problem of Materiality in Colonial Uganda.” Material Religion (2018).

Jason Bruner. “Religion, Medicine, and Global Health in Uganda: Reflecting Critically on an Afternoon at Mulago Hospital.” Fieldwork in Religion 12:1 (2017), 27-49.

“Imperialism in Africa and the Question of Genocide.” In Terrortimes, Terrorscapes? Temporal, Spatial and Memory Continuities of War and Genocide in 20th Century Europe, Volker Benkert and Michael Mayer, eds. (forthcoming).

"Fishers of Men and Hunters of Lion: British Missionaries and Big Game Hunting in Colonial Africa." In A Cultural History of Firearms in the Age of Empire, eds. Karen Jones, Giacomo Macola, and David Welch (Ashgate, 2013), 57-72.

Jason Bruner. “‘Blessed are those who have not seen’: Image and Belief in Jonas Bendiksen’s The Last Testament” for The Revealer (Dec. 2018).

Jason Bruner. “Whose God was Slain? Anthropology and the Diversity of World Christianity. A Review of The Slain God by Timothy Larsen.” Marginalia Review of Books. March 15, 2016.

Jason Bruner and T.J. Tallie. “Truly Ugandan: Martyrs, Pope Francis, and the Question of Sexuality.” Notches: Remarks on the History of Sexuality. January 5, 2016.

Jason Bruner. “Testimony and the History of the East African Revival” Marginalia Review of Books. January 28, 2015.

Jason Bruner. “Uganda’s President Will Sign Anti-Gay Bill. How Did the Nation Get to this Point?” Religion & Politics. February 18, 2014.

Jason Bruner. Review of Rachel McBride Lindsey, A Communion of Shadows: Religion and Photography in Nineteenth-Century America, in Anglican and Episcopal History (forthcoming).

“‘All One in Christ Jesus’ – Except for the Catholics: Ethnicity and the Limits of Christian Unity in the East African Revival, c. 1930-1950.” American Catholic Historical Society annual conference. January 2016.

“Coming from the Outside: Why did Uganda want to ‘kill the gays’?” American Society of Church History/American Historical Association Conference. 2-5 January 2015.

“‘The testimony must begin in the home’: Re-making Families in the East African Revival.” Yale-Edinburgh Group on the History of World Christianity. New College, University of Edinburgh. 26-28 June 2014.

“Public Confession and the Moral Universe of the East African Revival.” Yale-Edinburgh Group on the History of World Christianity. University of Edinburgh. Edinburgh, UK. 28-30 June 2012.

“‘We are in train – are you too?’ Technology and Networks of Knowledge in the Development of the East African Revival.” Empires and Technologies in World History, Northeastern University. Boston, MA. 24-25 March 2012.

"Fishers of Men and Hunters of Lion: English Missionaries and Big Game Hunting in Colonial East Africa, ca. 1880-1930." Guns and Identity in the Nineteenth and Twentieth Centuries Conference. University of Kent. Canterbury, UK. 5-6 May 2011.