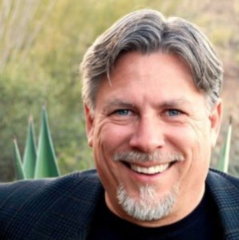 Scott J. Leischow joined Arizona State University in June 2017, and is a Professor and the Executive Director of Clinical and Translational Science. Prior to that, Leischow was at the Mayo Clinic Arizona from 2012-2017, where he led the Research on Health Equity and Community Health (REACH) Program and co-led cancer prevention and control within the Mayo Clinic Cancer Center.  He was formerly an Associate Director at the University of Arizona Cancer Center and also served as Chief of the Tobacco Control Research Branch at the National Cancer Institute within National Institutes of Health and Senior Advisor for Tobacco Policy in the Office of the Secretary of the U.S. Department of Health and Human Services. Dr. Leischow completed his doctorate in Health Education from the University of Maryland, and a postdoctoral fellowship in Behavioral Pharmacology from Johns Hopkins University.

Most of the work implemented by Dr. Leischow is translational in nature, and dedicated to moving research into practice and policy.  His research and publications focus on pharmacologic and behavioral treatments for tobacco dependence, tobacco regulatory science, and systems and network approaches to population health. Dr. Leischow has conducted numerous clinical studies over the past 25 years investigating the safety and efficay of potential medications for smoking cessation, and many of his 100+ publications are in that area.  In addition, Dr. Leischow has made significant contributions to telehealth behavioral interventions for smoking cessaton.  Dr. Leischow created and implemented the Arizona Smokers Helpline, the third state quitline in the U.S. While at NCI and DHHS, he also played a leadership role in the development and implementation of the national smoking cessation quitline network, national smoking cessation website (smokefree.gov) and the national tollfree quitline number (1-800-QUITNOW).

Dr. Leischow has also been actively involved in research to characterize the role of social and organizational networks for understanding collaboration, knowledge flow, and dissemination & implementation of evidence-based practices, primarily to improve tobacco control. Such network research initiatives have been implemented in multiple environments, including within an international network of tobacco quitlines, between government organizations, within an indigenous community, across African countries, and between cancer research organizations.

Dr. Leischow has received multiple awards, including the NIH Director's Award, and he is past president of the Society for Research on Nicotine and Tobacco (SRNT).