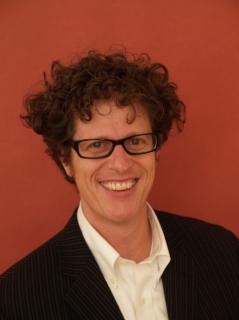 Peter Byck is the director, producer and writer of carbon nation. Byck recently joined the faculty at Arizona State University, in both the School of Sustainability and the Cronkite School of Journalism. During the filming and editing of carbon nation, Byck has met and collaborated with the leading minds from the world of climate, clean energy, military applications and land use. Byck’s contacts span the globe – keeping him up-to-date on the fast moving frontier of the clean energy revolution. Byck is currently in production for carbon nation 2.0 - an on-going series of short films promoting a low carbon economy, produced in affiliation with ASU.

Byck’s public speaking engagements highlight his most unique discovery during the 3 year promotion of carbon nation: liberals and conservatives in the U.S. are not polarized, as the popular press presents. Through Byck’s humor, curious mind and respectful approach, he gets to the core of peoples’ beliefs – listening carefully for common ground. And in the realm of energy, he’s realized that if the subject of climate change is tabled, there is vast agreement on how the country should approach our use of energy: people are chomping at the bit for clean energy and energy efficiency. And, a large portion of Americans are willing to make sacrifices to get us to a low carbon economy – they’re just waiting for someone to lead.

Byck has over 20 years experience as a director and editor. His first documentary, “Garbage,” won the South by Southwest Film Festival, screened in scores of festivals and played at the Museum of Modern Art and Lincoln Center. Byck has directed shows for MTV starring Will Smith, John Travolta, Nicholas Cage, Drew Barrymore, Gwyneth Paltrow & David Duchovny. In addition, he has edited documentaries for Peter Jackson’s “Lord of the Rings” and “King Kong.” Byck has edited documentaries and promotional shorts for Warner Bros., Universal Pictures, 20th Century Fox, MTV, Vh1, BBC, Disney and MGM, including “The West Wing,” “The Matrix,” “Scrubs,” “er” and many  more.

Byck has a Bachelor of Fine Arts from California Institute of the Arts.  He is married with 2 young sons.