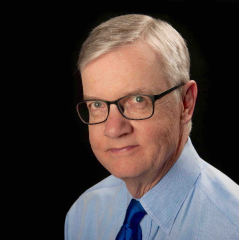 David D. Clarke is a faculty associate and president of the Psychophysiologic Disorders Association. He is also an assistant director at the Center for Ethics and clinical assistant professor of gastroenterology emeritus both at Oregon Health & Science University (OHSU) in Portland, Oregon. He is board-certified in gastroenterology and internal medicine and practiced gastroenterology in Portland from 1984 to 2009. During that time he conducted detailed interviews with more than 7,000 patients who had no diagnostic explanation for their symptoms. His book for patients with Psychophysiologic Disorders (PPD) titled They Can’t Find Anything Wrong! was praised by a past president of the American Psychosomatic Society as “truly remarkable.”  He was also the lead editor for the professional textbook Psychophysiologic Disorders: Trauma Informed, Interprofessional Diagnosis and Treatment which has 16 contributors from five countries and multiple specialties.

Dr. Clarke is a graduate of Williams College (Phi Beta Kappa) and the University of Connecticut School of Medicine where he received the Mosby Award for Clinical Excellence. He completed internship and residency in internal medicine and fellowship in gastroenterology at Harbor/University of California Los Angeles (UCLA) Medical Center in Los Angeles. He has been a visiting professor at the Royal Children's Hospital in Brisbane, Australia and at Oxford University in England.  He was the ethics director for his medical group from 2005-2008.  He is clinical advisor to the Stress Illness Recovery Practitioners Association (U.K.) and a clinical lecturer with Pacific University.

Dr. Clarke has lectured extensively on PPD to medical and mental health professionals and the public throughout the U.S. and in Europe. His 20 television appearances include WABC (NY), WGN (Chicago), WJLA (D.C.), KRON (SF) and WFAA (Dallas). He has completed more than 100 radio broadcasts including KKZZ, KRLA & KPFK Los Angeles, WLTW & WOR New York, WBZ Boston and KYW Philadelphia. He has appeared on syndicated broadcasts hosted by Rosie O'Donnell, by Montel Williams and by Michael Roizen (author of You: The Owner's Manual).

Dr. Clarke has been married to Linda since 1977. They have two adult sons and five adorable grandchildren. For his own stress, he prescribes adventures with his family, playing soccer, travel, hiking among mountains, photography and Linda’s cooking, occasionally all on the same day. All royalties from book sales and all profits from lectures are used only to support the Psychophysiologic Disorders Association, a 501(c)(3) non-profit corporation whose mission is teaching health care professionals and the public about stress-related illness.

Improving the collaboration between medical and mental health professionals for the benefit of patients with psychophysiologic disorders.  Most recent paper is: