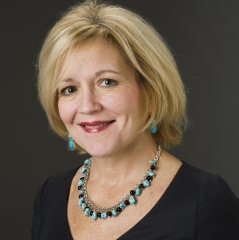 Jacquee Petchel is the executive editor of the Carnegie-Knight News21 multimedia investigative reporting initiative. She is an award-winning investigative reporter, editor and producer who most recently served as senior editor for investigations and enterprise at The Houston Chronicle.

She began her career as a Pulliam Fellow at The Indianapolis News in 1980-1981 and then went on to spend six years as a reporter for The Arizona Republic.

In 1987, she joined The Miami Herald covering social services and later became an investigative reporter, where she was part of a team that won the 1993 Pulitzer Prize Gold Medal for Public Service for an investigation into property damage in South Florida caused by Hurricane Andrew.

Petchel then began producing investigative journalism for television, first as senior producer of investigations at WCCO-TV in Minneapolis and then as executive producer of investigations at WFOR-TV in Miami. She returned to The Miami Herald in 1999 as assistant city editor over the criminal justice team, later becoming the paperâ??s investigations editor. In 2001, she was part of a team that received the Pulitzer Prize for Breaking News for coverage of the federal raid that removed 6-year-old EliÃ¡n GonzÃ¡lez from his relativesâ?? home in Miami and returned him to his fatherâ??s custody.

She began managing the investigative team at The Houston Chronicle in 2005.

Over the course of her career, she has reported or led projects that have won the Robert F. Kennedy Journalism Award, the Investigative Reporters and Editors Award, an Alfred I. DuPont-Columbia University Silver Baton and numerous regional awards.

She is a member of Investigative Reporters and Editors and has served on the organizationâ??s board of directors. She also has been a visiting faculty member at the Poynter Institute.

A Phoenix native, Petchel earned a bachelorâ??s degree in journalism and Latin American studies from ASU, where she was a reporter and editor for The State Press, ASUâ??s independent student newspaper. She was inducted into the Cronkite Schoolâ??s Alumni Hall of Fame in 1997.