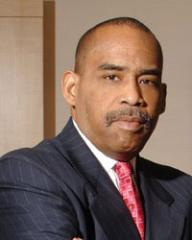 During a 30-year legal career, Professor James held some of the senior-most positions in American law, including government, private practice and corporate law. At Chevron, he oversaw the law, corporate governance, global security and human resources functions of the corporation, and served on all of the company’s significant executive, operating and policy committees. Before joining Chevron in 2002, Professor James served as Assistant Attorney General in charge of the Antitrust Division of the U.S. Department of Justice in the administration of George W. Bush, and he held the same position in 1992 in the George H.W. Bush administration.

Professor James also is a former chairman of the Antitrust and Trade Regulation Practice at Jones Day Reavis & Pogue.