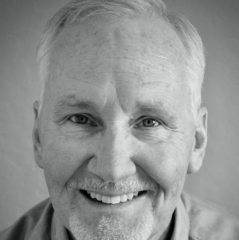 Bartlett R. Evans has taught music in Arizona since 1974. In that time he has taught instrumental and choral music in Snowflake, Mesa, and Tempe. He recently retired as the choral director at Dobson High School, where he taught for 30 years. He is now serves as the conductor of the Concert Choir and Men's Chorus at Arizona State University where he also teaches Choral Methods for secondary music education majors.

Mr. Evans has held leadership positions in the Arizona Music Educators Association (AMEA) and in the American Choral Directors Association (ACDA) at both the state and divisional levels. He served numerous years as the vocal chair for the AMEA Southwest Regional Honor Choir.

His choirs have appeared at state and divisional conferences of ACDA and at state conventions of AMEA. Evans served as the choir director for the Arizona Ambassadors of Music completing eight European tours with that organization. He has been the guest clinician for six of the AMEA's Regional Honor Choirs and was the guest conductor for the 1998 Alaska All State Choir. He was named the 2001 recipient of the Distinguished Professional and Community Service Award by the Alumni Association and the School of Performing Arts at Northern Arizona University. In 2006, Evans was named the AMEA Music Educator of the Year. The Arizona division of the American Choral Directors Association awarded Evans their 2015 Choral Director of the Year Award. Most recently, the Arizona Choral Educators chose him to receive their Lifetime Achievement Award.

Celebrating his 18th year as the grandfather of two boys and six girls, Papa Bart has learned more Disney songs than he ever knew existed. He and his wife Cris reside in Gilbert, Arizona.