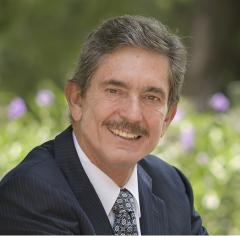 At the present time, Dr. Rangel develops an On-Line course for High School teachers and University professors in Mexico mainly from the public sector , to update their Didactic and Technology Skills. This course is part of the Design Institute at ASU.

Dr.Rangel is the former President (1/03/1985—10/01/2011) of the world-renowned Tecnológico de Monterrey, the largest private, non-profit educational system in Mexico. Dr. Rangel’s 26-year tenure brought immense growth for the Tec, which at present is composed of four educational and research institutions:

The first institution of the System has 31 campuses with an enrollment of over 100,000 full-time students and a faculty of over 8,500. Since the beginning of Dr. Rangel’s administration, one of his priorities was the establishment of faculty upgrading programs. In 1988 as part of the accreditation process for Tec de Monterrey in the U.S. through the Southern Association of Colleges and Schools (SACS), he developed a Faculty Development Program in order to upgrade 2,000 faculty members with masters and doctoral degrees. Currently, all the 9 000  faculty members of the 31 campuses hold a graduate degree in their fields of teaching specialization and therefore, meet the standards of international accrediting institutions.

In 1989, Dr. Rangel founded the Virtual University, which in 2011 served 10,374 full-time undergraduate students at Tecnológico de Monterrey. The VU also had 13,312 full-time graduate students enrolled in master’s degree programs and over 120,000 professionals receiving continuing education courses per year.  In addition, the VU offers programs specially designed for public officials, communicators, journalists, and members of civil society organizations. In the sphere of education, the VU had developed a variety of educational programs for public school teachers and school administrators at the K-12 in several states in Mexico. From 1997 to the year 2011, almost 80 thousand teachers mainly from the public sector and administrators have participated in these programs.

Dr. Rangel’s particular concern for extending education to broader sectors of society led him to initiate TecMilenio University, which focused on offering quality education with the development of professional skills to provide the graduates with strong professional training for the job market.  In 2011, TecMilenio University had 33 campuses across Mexico and an enrollment of almost 33 thousand full-time students in senior high school, undergraduate, and graduate programs. This is a relatively new educational system with a high-growth rate and it is in the process of developing the curricula and the programs to have a closer relationship with the industry and private sector as well as improving the employability of the alumni.

With the objective of striving for excellence in education, research, and services in the field of healthcare, Dr. Rangel supported the creation of the Healthcare Innovation and Transfer Center, which combines research, training, and the transfer of new processes and practices in medical care for patients and for transforming medical practice in Mexico by creating a model for better quality healthcare that redefines the standard of medical practice. The recently opened Zambrano Hellion Medical Center is comprised of a cluster of eight highly specialized institutes and, together with the San José Hospital have doctors who specialize in their fields and follow international standards of practice for the benefit of their patients. The system also includes the specialty clinics such as the Wellness Center, Cardiology and Vascular Medicine, Surgery, Internal Medicine, and Neurology, to name a few.

Dr. Rangel promoted curricular reform and the redesign of the teaching-learning process, which is now characterized by the use of a variety of didactic techniques such as the Case Method, Project-Oriented Learning, Problem-Based Learning, and Collaborative Learning, and for the extensive use of technology. The Tecnológico de Monterrey was the first wireless campus in all of Latin America, even before many U.S. universities.

In order to develop faculty and student exchanges with the support of universities around the world, Dr. Rangel set up 22 liaison offices around the world—North America, South America, Europe, and China. Annually, over 7,000 Tecnológico de Monterrey students study abroad, while 4,500 foreign students attend Tecnológico de Monterrey to study for a year, a semester, or a summer session.

Similarly, Dr. Rangel promoted the establishment of 34 business incubators and 14 technology parks on the campuses to spur the growth of the knowledge-based economy and develop an entrepreneurial spirit in students and the community at large.

Dr. Rangel recently founded the Institute for Sustainable Social Development in which the students serve as advisors in the business and education incubators (the most important purpose of this institute) as a part of their community social service.

In addition, Dr. Rangel has received several recognitions from the University of Wisconsin at Madison, the University of North Carolina, Mount Royal College In 2006, the Instituto de Empresa of Spain awarded him the Gold Medal—an acknowledgment that was granted for the first time by this institute.

King Juan Carlos, I of Spain awarded him the Commendation with the Insignia of the Order of Isabella the Catholic.

As a result of his participation in the World Economic Forum, held in January 2007 in Davos, Switzerland, he collaborates in the Rectors’ Club of universities interested in resolving the educational problem at a global level and especially in Latin America.