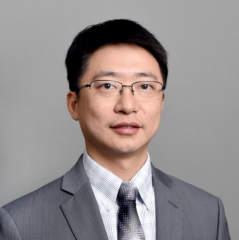 Lei Ying received his bachelor's degree from Tsinghua University, Beijing, China, and his master's degree and doctorate in electrical and computer engineering from the University of Illinois at Urbana-Champaign. He is a professor at the School of Electrical, Computer and Energy Engineering at Arizona State University, and an associate editor of the IEEE/ACM Transactions on Networking.

His research interest is broadly in the area of stochastic networks, including cloud computing, communication networks and social networks. He is coauthor with R. Srikant of the book "Communication Networks: An Optimization, Control and Stochastic Networks Perspective," Cambridge University Press, 2014.

He won the Young Investigator Award from the Defense Threat Reduction Agency (DTRA) in 2009 and National Science Foundation (NSF) CAREER Award in 2010. He was the Northrop Grumman Assistant Professor in the Department of Electrical and Computer Engineering at Iowa State University from 2010 to 2012. His papers have received the best paper award at IEEE INFOCOM 2015, the Kenneth C. Sevcik Outstanding Student Paper Award at ACM SIGMETRICS/IFIP Performance 2016, and been selected in ACM TKDD Speical Issue "Best Papers of KDD 2016."