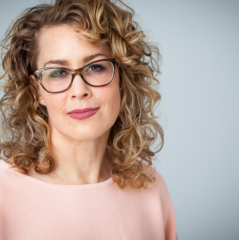 Jennet Kirkpatrick is Associate Professor in the School of Politics and Global Studies at Arizona State University. Her research focuses on American political thought, with an emphasis on social movements, law, and social change. her first book, Uncivil Disobedience (Princeton University Press), examines the role that violence and terrorism have played in the exercise of democratic ideals in America.

Her second book, The Virtues of Exit (University of North Carolina Press) raises a question about a well-established tenet of democratic theory. Democracies rely on civic participation; they need citizens to act (to vote, to serve on juries, to run for office, and so on) in order to function and to possess political legitimacy. Do democracies also need citizens who purposefully opt out of politics? She investigates this question by looking at a range of cases, including Thoreau's decamping to Walden, narratives of American slaves who escaped slavery, and the lives of political exiles.

Her other interests include law and society, morality and politics, and feminist theory.

2019, Liberty Fund, “Henry Clay, the American System, and the Politics of Liberty in Antebellum America,” Panelist.

2019, Liberty Fund, “The Ends of Enlightenment: Diderot and Catherine I,” Panelist.

2019, American Political Science Association, “Candice Delmas, A Duty to Resist: When Disobedience Should Be Uncivil,” Presenter.

2019, Arizona State University, School of Politics and Global Studies, Kopf Conference on Diversity in the Judiciary, “Fairness Has a Face: Representation, Diversity, and Law,” Presenter.

2017, PLuS Alliance, “Institutions and Abuse Workshop,” and “Forum on Inequality,” Invited participant (Sydney).

2017, Liberty Fund, “Liberty’s Claims on Man and Citizen in the Writings of Albert Camus,” Invited participant.

2020, Editorial Board, Journal of Political Science and International Relations

Association of Law, Humanities, and Culture

2020, Editorial Board, Journal of Political Science and International Relations

Member of the 15-person Task Force established by APSA President Rogers Smith; Tasked with developing policy initiatives in research, civic engagement, and teaching that build partnerships within and outside of political science as an academic discipline.

Convener of a 5-person team within task force that designed and implemented two new APSA programs: