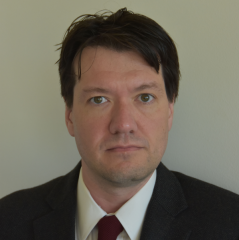 Matthew Peet received undergraduate degrees in physics and in aerospace engineering from the University of Texas at Austin in 1999 and a doctorate in aeronautics and astronautics from Stanford University in 2006. He was a postdoctoral fellow at the National Institute for Research in Computer Science and Control (INRIA) near Paris, France, from 2006-2008. From 2008-2012, he was an assistant professor of aerospace engineering in the Mechanical, Materials, and Aerospace Engineering Department of the Illinois Institute of Technology. He is currently an associate professor of aerospace engineering at Arizona State University in the School for Engineering of Matter, Transport and Energy and director of the Cybernetic Systems and Controls Laboratory. A recent National Science Foundation (NSF) CAREER Award recipient, his current research interests are in the role of computation as it is applied to the understanding and control of complex and large-scale systems.

The intersection of computer science and control including convex optimization, artificial intelligence, and manipulation of delayed and PDE systems. The understanding and regulation of complex dynamical systems such as the motion of plasma in nuclear fusion reactors, autoregulation in the human immune response, and the motion of spacecraft in orbit.